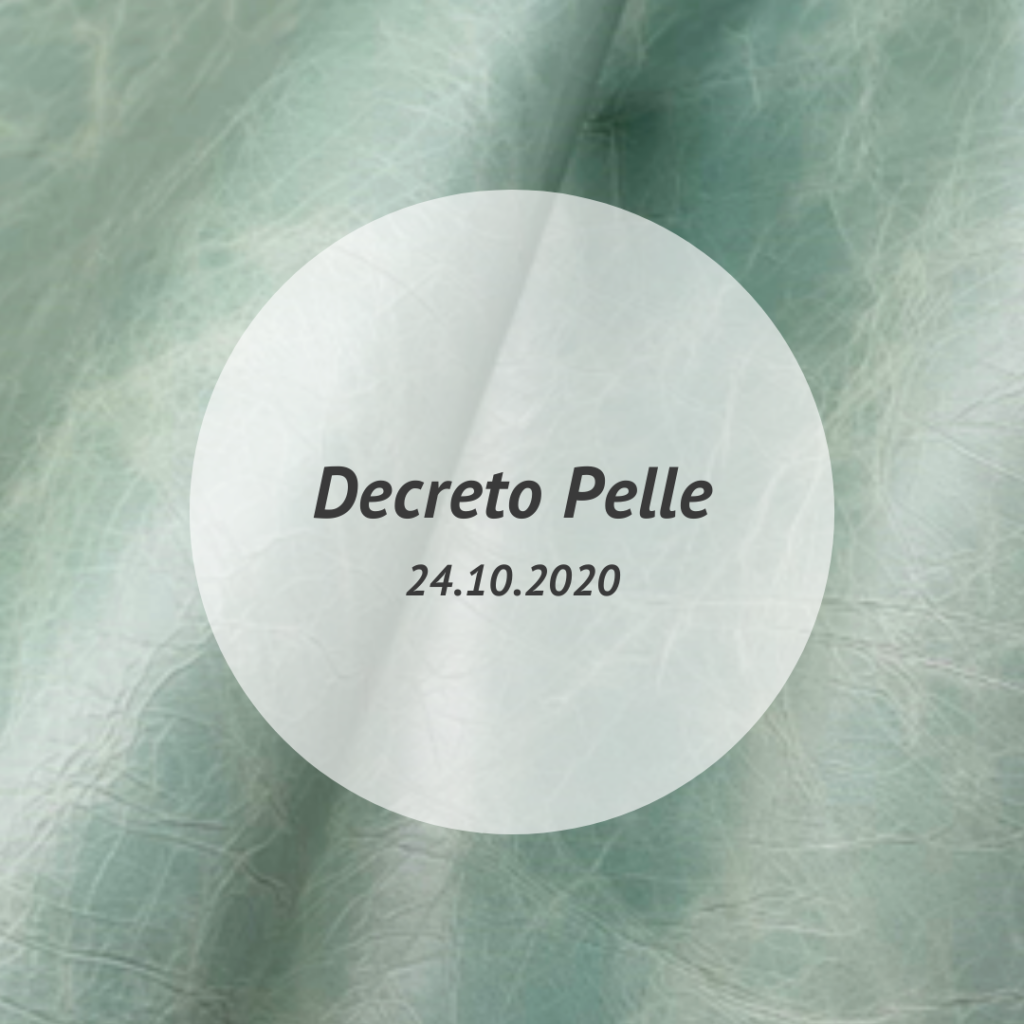 Among the measures provided by the decree, UNIC indicates that we will find:

– Correct definition of the term “leather” in line with community and technical legislation.

– Prohibition of the use of this term as a prefix or suffix when you want to identify products that do not come from the food chain of animal origin. An example of this are the unorthodox nomenclatures such as eco leather, bio or vegan leather and other similar descriptions used to avoid exposing that they are actually materials from the group called synthetic and petroleum derivatives.

Italian tanners do not give up

“The perseverance and determination of our association have been rewarded” – declared in recent months Gianni Russo, president of the UNIC. For the Italian tanners this decree represents a victory in the long battle for the correct use of terminology around tanning. Ultimately, it is the tangible result of the determination with which they have pursued this goal.

Since June, UNIC has been promoting a broad study of the Leather Decree, with the objective of sharing their content and importance at all the levels of the leather chain (from tanning to distribution).

He has been in charge of sharing the content of the decree during the last digital editions of Lineapelle in London and New York, as well as, during other events organized around leather such as: Confindustria Moda, Federlegno-Arredo, International Council of Tanners, Italian Association of Leather Chemists, etc.

This decree has not left anyone indifferent, since after their approval, there were numerous requests for clarification received from individuals and brands.

UNIC, explains to those who ask the correct use of the terminology and the prohibition to use it mixed with synthetic terms. And they add: “From the beginning of the year until today we have sent 14 notices, but obviously, from the entry into force of the Decree, these actions will gain intensity.

What has been achieved in Italy is an achievement, but the goal is much bigger. “In collaboration with Cotance – UNIC concludes – the pressure on the European Commission to obtain a European standard will intensify“. A standard that can, on the one hand, harmonize what already exists in some countries (Italy, France, Spain and Belgium) and, on the other, fill the current gaps in other member states.